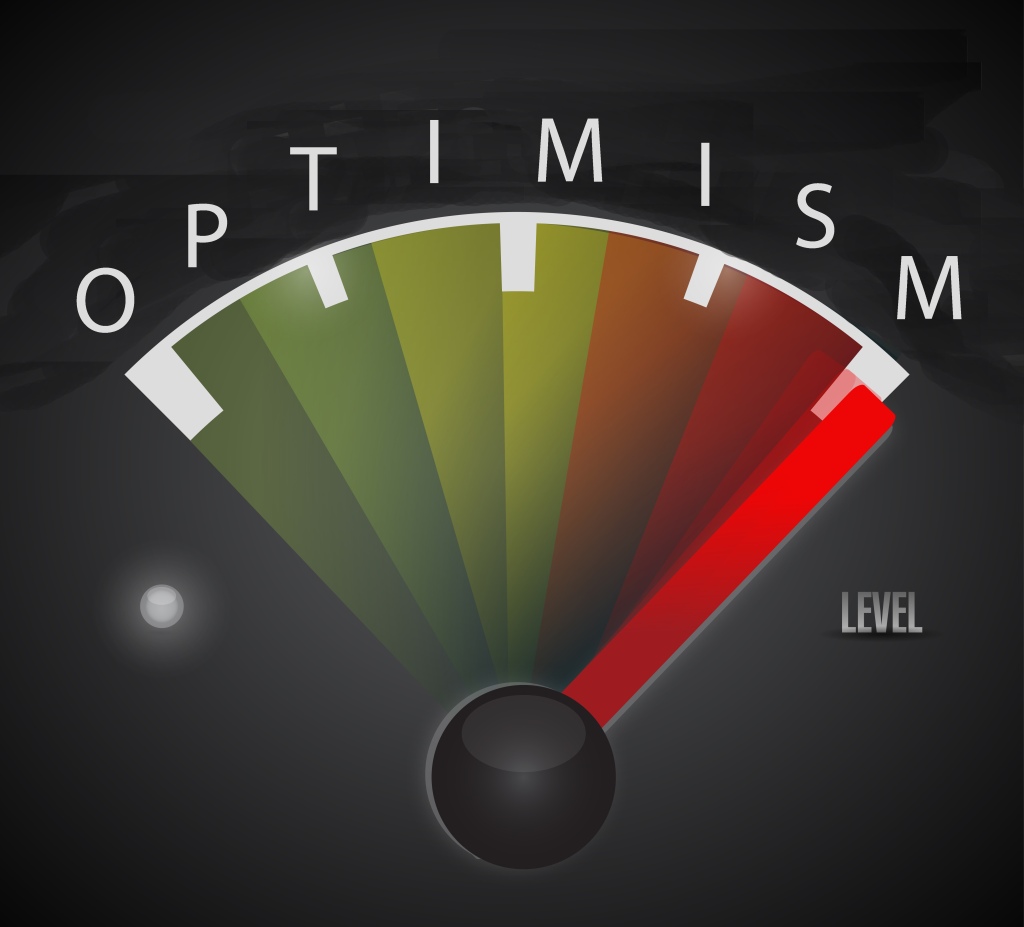 Optimists can appear to inhabit a parallel universe. No matter how daunting the task or how high the probability of failure, they continue to believe that everything will turn out alright in the end. Optimists can often appear oblivious to their positivity, deriding others for their negative thinking. Those less optimistic can be left to muse over the reasons for their lack of belief, finding themselves engaging in reassuring counter-factual thinking, smugly imagining the consequences of such unchecked optimism.

Whether you see the glass half empty or half full is not just an interesting social classification. Being an optimist or pessimist is likely to have a significant impact on your behaviour when faced with adversity, your approach to risk-taking, your career choices, your explanation of personal events, your relationships and most importantly your health.

The role and influence of optimism in our lives have been the subject of a great deal of research interest. Its genesis and location within the brain have been precisely mapped1 and its contribution to our evolutionary success and personal development shown to be highly significant2. Meanwhile, optimism has challenged our beliefs regarding what constitutes positive mental health and how we perceive reality. Surprisingly perhaps, depression has been shown to be correlated with a more accurate perception of the world around us, with positive mental health associated with a raft of self-enhancing biases3.

A particularly interesting aspect of an optimist’s behaviour is their ability to retain a positive outlook in the face of seemingly overwhelming contradictory evidence. Rather than exhibit ‘Bayesian updating’ whereby individuals evaluate incoming information and re-set their beliefs in light of the new evidence, optimists often display a systemic cognitive bias. They have been shown to exhibit ‘asymmetric updating’, more readily assimilating evidence that confirms their prior beliefs, meanwhile ignoring or failing to process information that is contradictory to their own worldview4. This biased processing of new information can be highly beneficial when it results in the protection of an individual’s self-esteem or maintains important feelings of self-worth5. However, when its effect is for example to reduce the perceived importance of health screening information6 or to encourage the perception of invulnerability to a future health threat7, optimism can become a significant hazard to future health.

In view of its potential to impact health and wellness, optimism has remained a key topic of research activity8. However, the impact of optimism on long-term health remains contested. On the plus side, it has been shown in studies that optimism promotes persistence in the face of serious health challenges such as cancer9 and encourages confidence in and adherence to complex, side effect heavy treatment regimens such as antiviral therapy10. Conversely, many studies have shown that when optimism translates into a flawed belief of invulnerability in relation to an impending health threat defined as ‘unrealistic optimism’, this can decrease adherence to positive health prevention measures11 and can decrease commitment to attend future health screenings12.

The impact of unrealistic optimism is significant. With potentially large numbers of individual’s holding inaccurate risk perception beliefs in relation to their likelihood of a future health threat, they arguably represent key candidates for preventative healthcare interventions. A short answer of yes might seem obvious. However, the longer answer is filled with challenges and contradictions. Health risk perception bias is notoriously difficult to eradicate effectively with pre-established beliefs remaining stubbornly persistent. Moreover, individuals have been shown to not only misperceive their true risk sub-consciously but can also be motivated to do so in order to achieve social goals such as the maintenance of self-image or the protection of self-esteem13.

Finally, to complicate matters further, a series of studies have shown that in some instances optimism can in-fact encourage individuals to act upon new health information and is associated with decreased levels of denial, avoidance and anxiety in response to health threats. In cases such as these, optimism appears to be actively encouraging adaptive health behaviour14.

To return to our question, do optimists live longer? It appears that the jury is still out. Having a positive view of your future health and the resilience to effectively navigate serious health threats are valuable personal assets. However, if these personal assets lead to a sense of invulnerability and being inured to personal health risk, this can ultimately lead to maladaptive risk increasing health behaviour. It seems that as with all things related to health a sense of balance remains the best option.